Sports sponsorship is not just for the big companies. r10 is not the largest organisation, but it never stops us from believing in our vision and the dreams of sporting talent.

Dream it, Achieve it.

Back in 2017, we created the “Talent in Sports” programme to support up and coming sporting talent and have watched our stable of stars grow with us. We select athletes who believe the sky is the limit, and have a purpose and dedication to improving every day. The programme aims to support both professional and amateur athletes at all levels.

Why does it matter to us?

1. Money should not stop athletes from achieving their dreams

This initiative aims to promote athletes who are at the initial stages of their career. We believe that money should never stop talented athletes in achieving their goals and aspirations. We want to reward and support them.

Entry fees and expenses are so high nowadays and it makes it hard for young people to get out and compete without having to stress about losing money. I would not be able to compete in many of the ranking tournaments without the support of r10. Their support has really made a difference.

2. Our athletes make us proud and have fun.

r10 sponsored Reece Bellotti, a professional boxer who is twice a featherweight ABA National Champion. The r10 team have watched “the Bomber”, as Bellotti is called, winning via a knockout round, in an eliminator for the British Featherweight title at the York Hall in London. Being on the journey with your athletes and sharing an impressive victory with them is immensely satisfying, not to mention great fun!

We were inspired by the athletes we sponsor. This helps us to shape our culture.

r10 vision is based on the courage and commitment demonstrated by the athletes in our programme. Our aim is to consistently deliver our services. Our athletes train to deliver the same outcome. We admire their discipline, their ability to “dig in” when the going gets tough and to respect the competition. The r10 team aspires to demonstrate the same characteristics. r10 has found that being involved with young talented individuals can be inspiring, empowering and motivating.

4. Sponsoring athletes is an investment in the future.

Research shows that people who played sports during school and or working career, as well as full-time professional athletes, make great employees and entrepreneurs. Athletes are seen as having self-confidence, high self-respect, and strong leadership skills. Those characteristics can support and accelerate any career path.

Also, supporting talent in this way is effectively sponsoring the future role models for our children. Sporting achievement at any level is evidence that hard work pays off. This is the legacy we want to leave for future generations.

r10 supports the Linton Park Cricket Colts Under 13 team. The team has been having a great season – winning the U13 Weald of Kent league and qualifying for 2 Medway League Cup Finals. We are proud to see them progress!

Also, the latest team we support is Swanscombe Tigers FC. The U8 team is the youngest team we sponsor, and we are looking forward to seeing them grow over the next season. 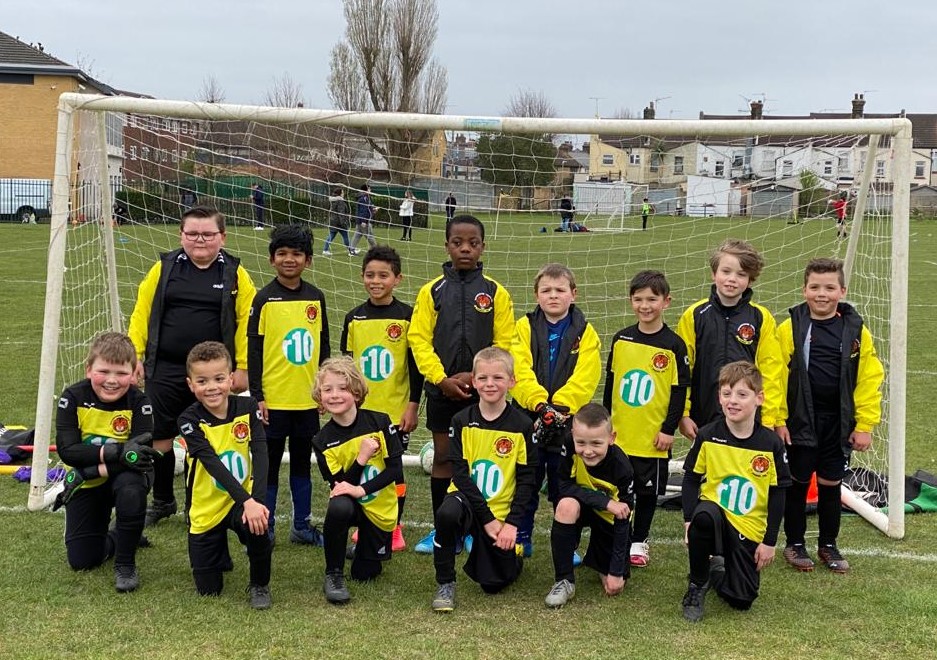 5. Give back to the community.

Our athletes give us another excuse to donate to charities. r10 sponsors 37 cyclists of the Gravesend RFC Veloship to ride between 300 – 400 miles over four days in an event that will raise money for the Macmillan Cancer Support.

It is an exciting journey for r10.

Stay tuned. Follow us on LinkedIn, as we will be introducing our athletes in a series of posts.